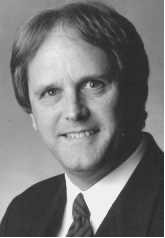 David B. Mitchell, Esq. holds the highest rating from Martindale-Hubbell’s international lawyers reference (The Bar Register of Preeminent Lawyers), and is a member of the Florida Bar and its Family Law Section. He also holds a Superb rating from Avvo. In 2020, Mr. Mitchell was selected to be included in Super Lawyers for marital and family law, one of only 5% of the practicing attorneys in Florida. He is a recipient of the distinguished service award from the Dade County Bar Association for his past service as volunteer counsel in the Guardian Ad Litem program. Mr. Mitchell is also a long-standing member of the Federalist Society for Law and Public Policy Studies and the London-based Selden Society, furthering world-wide legal scholarship.

A strong proponent of alternative methods for the resolution of disputes, Mr. Mitchell has been a Florida Supreme court- certified family and county court mediator since 1991. He is also a collaboratively-trained family attorney and is a member of the Collaborative Family Law Institute. Having mediated hundreds of family court cases, he is also a Florida Supreme Court-qualified arbitrator and currently mediates homeowner insurance disputes for the Florida Department of Financial Services. Mr. Mitchell is a Florida Supreme Court qualified Parenting Coordinator and a Guardian Ad Litem.

A past president of the Coral Gables Bar Association, he was the recipient of its President’s Award and received the annual Put Something Back award from the Dade County Bar Association for voluntary efforts. He is a life member of the Florida Council of Voluntary Bar Association Presidents. A graduate of Leadership Miami, he has served on the boards of numerous civic and charitable organizations. Since 1999, Mr. Mitchell is listed in every edition of Who’s Who in American Law and Who’s Who in America.

Mr. Mitchell is a two-time recipient of the Key to the City of Coral Gables in recognition of his significant contribution to improving the quality of life of his community where he has served as the past president of the Ponce de Leon Development Association. Past president of the Rotary Club of Coral Gables, he is a Benefactor of the Rotary International Foundation, member of the Bequest Society and a Paul Harris Fellow.

Mr. Mitchell also served two terms as president of Coral Gables Citizens’ Crime Watch, and was appointed by the mayor of the City of Coral Gables to serve on both the City-Wide Anti-Crime Committee and Public Safety Committee, two municipal advisory boards which he chaired. Mr. Mitchell is also a member for many years of the Coral Gables Community Foundation, the leading charitable organization in the city.